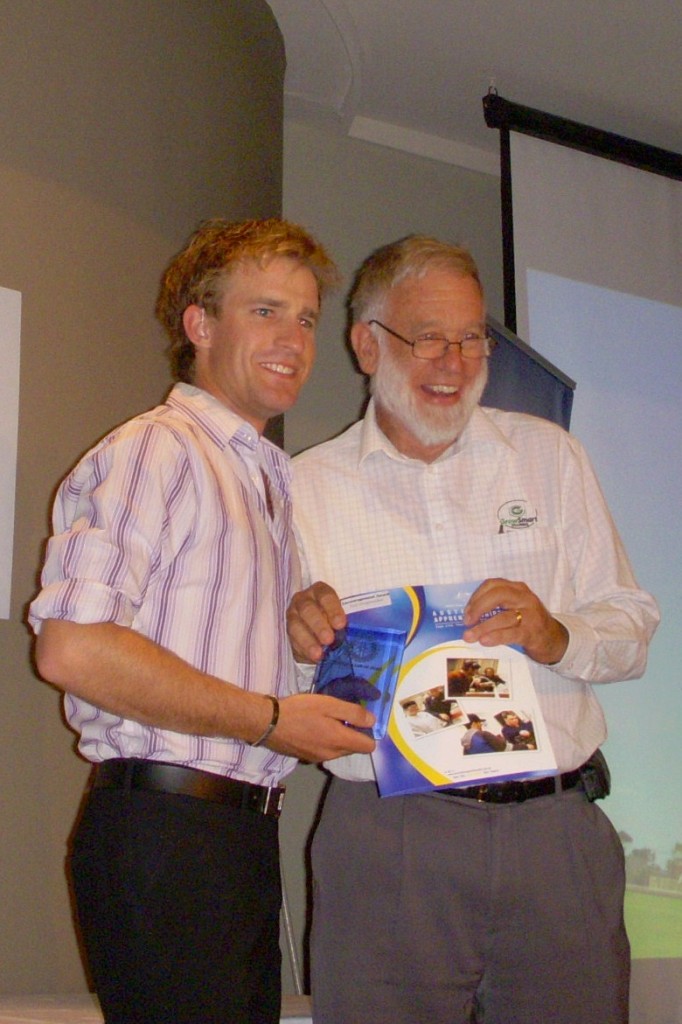 Neil displayed a strong passion for his industry and pride in the work he achieves for the Renmark Paringa Council.

He has had to overcome adversity because of a severe hearing loss, but his ability to adapt and inspire others has been outstanding.

Trainee of the Year award

Trainee of the Year - Jake Langdon

Jake commenced employment at Almondco on the factory floor.  His employer quickly identified his potential in management and enrolled him in a Certificate IV in Business Management.  This role has led him to managing a number of domestic and export sales accounts and enabled him to visit other countries including the United Kingdom and Germany.

Jake has plans to increase his management skills through a Diploma and is continuing to be active in the sporting community.

The Riverland and Mallee Vocational Awards 2010/11

Trainee of the Year  Zoe Dick

Zoe displayed an exceptional knowledge of the vocation she has undertaken in the Beauty industry.  Her maturity and ability to communicate have been recognised by her employer and contributed to her winning the South Australian Trainee of the Year Award in 2011.

Zoe will complete her Diploma in Beauty in the next few months and has strong ambitions to set up her own business as a naturopath.

She has a strong understanding of Riverland issues and is an outstanding ambassador for young people in Waikerie and the Riverland.

Trainee of the Year - Zoe Dick