Jarrad has already been recognized as one of the State’s best automotive apprentices when named the Motor Vehicle Industry’s Apprentice of the Year. Jarrad has also worked in pit lane with the Redbull Racing Team. He has quickly become a key member of the team at Roly’s Automotive Service. 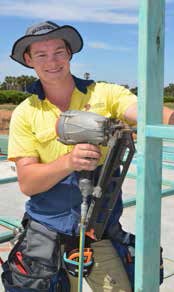 Jordan has become a trusted team member of JP Carpentry’s team in Renmark. His ability to pick up new skills quickly and work unsupervised has been of great benefit to his employer. He brings a mature, reliable attitude to the job site and ensures that a high standard of work is the prime focus at all times. 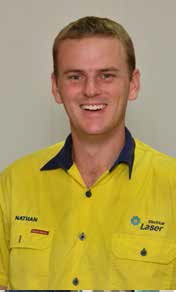 Nathan has pursued a career as an electrician after excelling in a number of other fields during his brief working life. Nathan has enjoyed getting involved in the Riverland community and the wide variety of work available to him as a country-based electrician with Laser Electrical.

Ben has been able to turn his hand to most things during his apprenticeship at Woolston Engineering. He is a perfectionist in his trade and has an eye for detail in all aspects of his work. His employer has been impressed with his willingness to learn and his rapport with customers makes him a valuable team member.

Sophie has combined her flair and creativity with a magnetic personality to build her own clientele. Her range of skills and desire for self improvement have made her another wonderful example of the training environment Jarahs Hair provides.