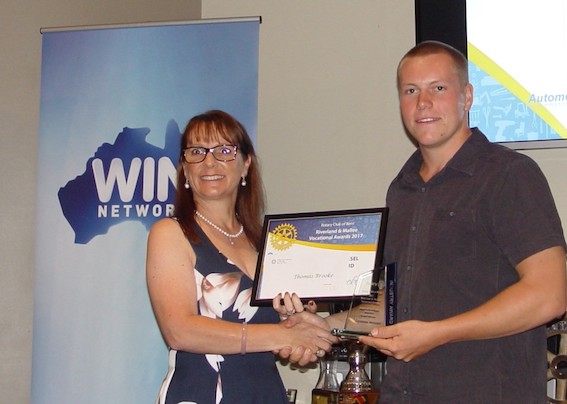 Thomas has always loved tinkering with engines and has thrived in his diesel mechanic apprenticeship under the guidance of Mark Westley at Scherer Contractors. Mark describes Tom as a well-mannered young man who is always on time and dedicated to the cause. The heavy demand on keeping machinery maintained and operating at Scherer’s necessitates him working long days and most Saturdays and according to Mark this is always done to the best of his ability. 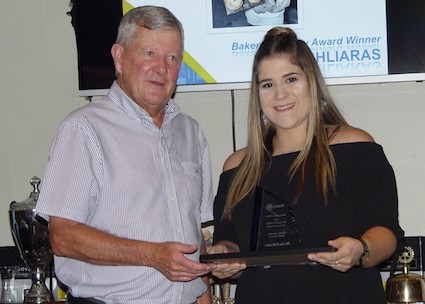 The Barmera Bakery has developed a reputation for producing outstanding apprentices and in 2018, the tradition continues with Maria Chliaras. Maria has become an “extremely important member” of the small Barmera Bakery team. Not only has she developed a wide range of skills, she has taken on extra workload during the past 18 months after two other bakers took maternity leave and her boss Angas Boase has marvelled at her capacity to not only manage large workloads but always maintain a positive mindset among her co-workers. 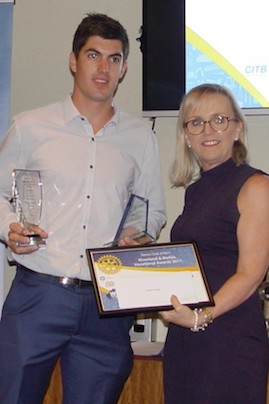 Ben is a well organised, self-starter who demonstrates a strong team ethic and maturity for his age. Centofanti Design and Construct took Ben on part way through the first year of his apprenticeship and have been delighted with his dedication and willingness to learn. He always asks the right questions required which shows the he is becoming more responsible and at the same time gaining a better understanding of the work he is carrying out.

Beau is not new to life as an apprentice. After completing an apprenticeship in air-conditioning and refrigeration with Hansen Electric, Beau started his second apprenticeship in electrotechnology before transferring across to Morgan Dockyard. The move has provided him with exposure to a wide range of tasks and scenarios as they maintain the South Australian ferries on the River Murray. According to his boss Eric Cain, Beau has quickly become a valued team member capable of handling call outs and working autonomously. He has a strong focus on safety in the workplace and always ensures tasks are completed on time and to a high quality. 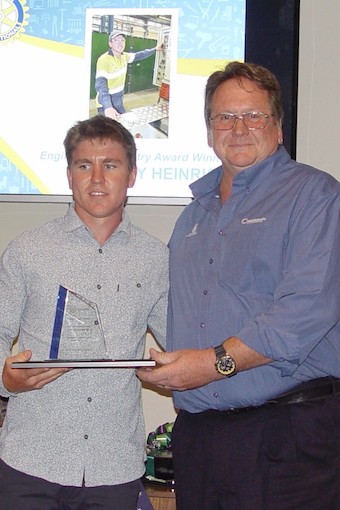 Cody was one of those teenagers who knew what he wanted to be at an early age. After growing up on a farm outside Loxton, he had set his sights being a welder and after completing Year 12 at Loxton High, he started his Engineering in Fabrication apprenticeship at Water Engineering Technologies (SA Water). Needless to say, he took the job like a duck to water and by completion his boss Simon Ferber saw him producing the quality of work that equalled any seen in the Berri workshop over the past 25 years. 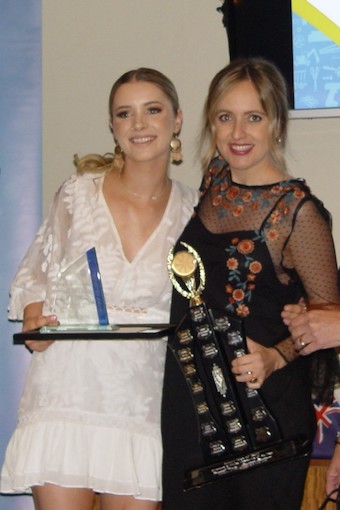 Tahlia pursued her dream to be a hair stylist from an early age. Jarahs Hairdressing identified her potential and took her on as a school-based apprentice at the age of 15.  As a result, Tahlia committed to juggling full time work and school, and over the past four years has developed her own distinctive style that sets her apart from many others in the industry. According to her employer, Tahlia’s dedication, work ethic and passion for the role has shone out through her tenure at Jarahs Hairdressing. 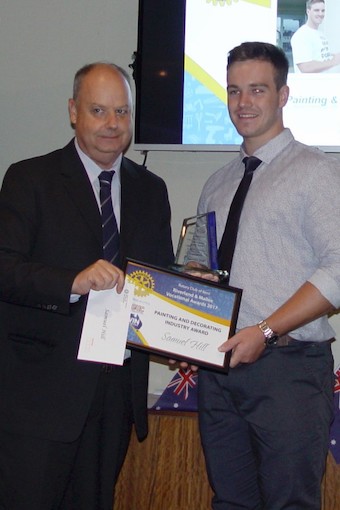 Sam started off as a school-based apprentice with Ricky Hamood Painting and has become an integral part of the company, capable of working unsupervised and making on-the-job decisions. Ricky and Wendy Hamood are very proud of the development of Sam and constantly receive feedback from customers of how respectful and knowledgeable he has been. He has set his sights on further developing his skills with the Hamoods and in the long term would like to run his own home maintenance business covering services such as painting, plumbing, general carpentry and landscaping.

Chloe combined strong people skills and a creative flare with technological know-how to blossom into a valued member of the Print DNA team at Renmark. Her ability to add value to her position and identify business opportunities for her employers in fields beyond the traditional have been hallmarks of her apprenticeship. Going above and beyond the call of duty, consistently producing high quality work and developing new revenue streams are all part and parcel of what Chloe brings to her employer.